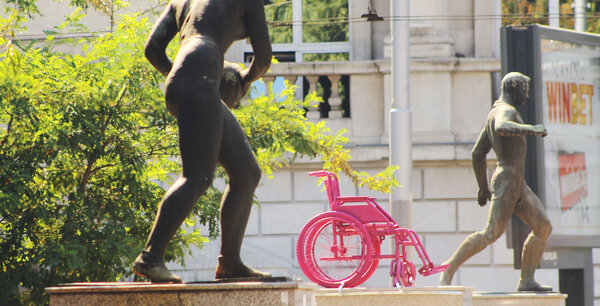 Destructive Creation is a Bulgarian – based group of anonymous artists involved in political activism and art intervention. The focus of their art is an interaction with (already existent) artefacts, such as monuments, statues walls. Destructive Creation's most popular work is their 2011 project entitled “In Step with The Times”. In this work, they transformed the monument's Red Army soldiers into a tableau of storybook characters. “In Step with The Times” quickly became a media and public attraction and provoked an international diplomatic rebuke. It reinforced political and public discussions on Soviet Monuments for a long period of time. Most of the works of Destructive Creation is engaged with public spaces – street, parks, squares, buildings’ facades, etc., and the topics of their works are strongly connected to the social and political landscape. 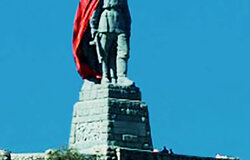 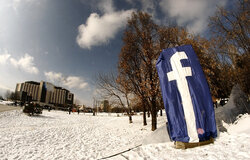 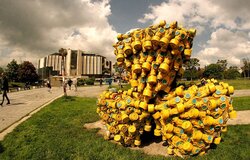 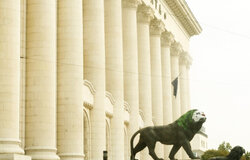 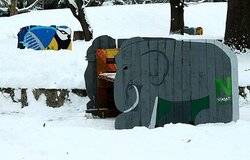 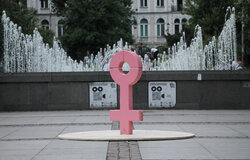 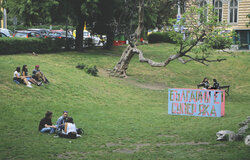 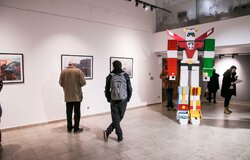 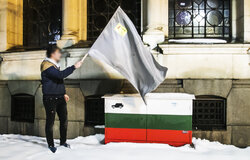 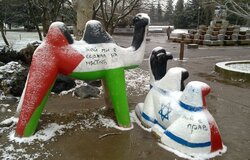 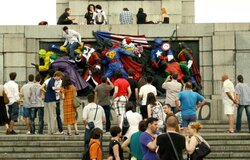 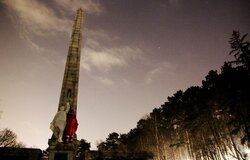 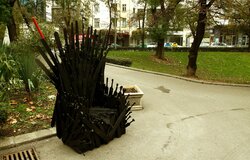